We sat down for a chat....with Sangu Mandanna

Sangu Mandanna's debut novel, The Lost Girl, is a lovely contemporary sci-fi mix for teen readers. The novel takes place in England and India. Sangu has written a guest post for us about the importance of location and settings in her writing.....


Top 7 Places I Write About
...or would love to write about in the future


Setting a story is important to me. If I can’t see what my characters see, if I can’t feel a living, breathing place around them, the story just doesn’t work for me. I’ve been writing a long time and while The Lost Girl is my only published novel right now I also have a lot of projects I mess about with and a string of half-baked and incomplete manuscripts behind me. All of those stories have a sense of place; some are imaginary, some are real; some have featured several times in my stories and some are places I can’t wait to write about in the future. Here are my seven favourites.


I love the Lakes. I went to university in Lancaster and spent three years living a stone’s throw from one of the most beautiful places in the world. It’s probably not surprising, then, that when I started writing a book at uni (the book that would eventually become The Lost Girl), my protagonist Eva lives and grows up in the Lake District. When she leaves it, her longing for home is a huge theme in the rest of the book – her longing for the lakes, for the woods, for the water and open sky and the smell of frost in the winter. 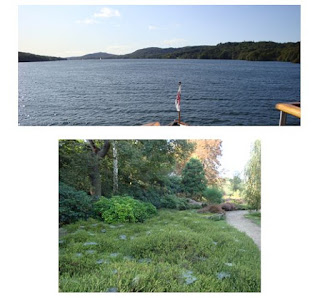 
I have never been to Venice, but I am dying to. I sometimes spend ages Googling pictures of Venice, I gobble up books set there (Mary Hoffman’s fantasy City of Masks is one of my favourites and one of my most anticipated YA reads in Fiona Paul’s Venom) and I am always waiting, impatiently, to hit on a story that will make a Venetian setting feel right. Because that’s the other thing. No matter how much I want to use a setting, I can’t do it unless it suits the story. Unless it just happens to be the place where my story wants to be set. So I’m waiting…


In The Lost Girl, the Weavers’ Loom is in London and it’s where the Weavers began stitching life. Not much of the book is actually set in London, though, and I think that’s partly because it wouldn’t have been right to and also partly because the London that really fascinates me is the old one. I love Victorian settings, I love Sherlock Holmes’s world, I love the gritty, rich flavour that an older London inevitably has in fiction. The Loom came about during this gritty, rich time and I couldn’t have set the Weavers anywhere else.


About half of The Lost Girl is set in Bangalore. This is where I grew up, where I spent eighteen and a half years of my life, and it truly is the place I probably know and understand best. So it was great fun writing about Eva’s experiences here. A lot of people have asked me why the city sometimes feels so western, considering it’s an Indian city, and it’s because this is the Bangalore I knew and it’s the Bangalore I wanted to write about. 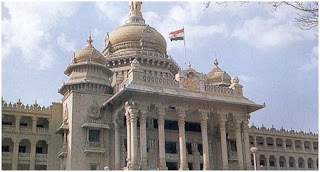 
Haven’t been here either! I admit I totally buy into the romantic stereotypes of Paris and they’re almost exclusively the reason I’m hankering to write a book that takes me to Paris. I want to write about the bread and cheese and cakes, the Eiffel Tower and the candlelit dinners and the fashion, the tiny French villages and the bustling Parisian streets. But, like Venice, I’m still waiting.


I realize this is by no means specific, but I couldn’t write a list without this. I have always been drawn to the fantastical in my writing; almost everything I have ever written has had strong elements of fantasy or science fiction. And often that means I’ve set stories in imaginary places. Sometimes those places have been steampunk-inspired or based on Victorian London and Venice. Sometimes they’ve been a more traditionally fantasy world with taverns and mages and elaborate map-drawing.


I am a huge, huge Daphne du Maurier fan and anyone who has ever read her books knows they wouldn’t be the same without Cornwall. Her books have almost made me obsessed (my favourite part of watching Doc Martin is the stunning footage of the tiny Cornish town!) In my mind, this part of England is beautiful and romantic and bleak (if I’m wrong, don’t tell me). I haven’t been there yet. I haven’t written about it yet. But I would very much love to do both those things…


Share your favourite settings in the comments! When you open a book, to read it or write it, where do you love to go?
******
Thank you Sangu for your lovely post. We love The Lakes too!! 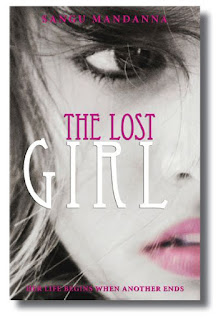 You can read our review of The Lost Girl.
Here is Sangu Mandanna's website.