Yes, finally, I decided to go.

About 1535 exhibitors and 25 x A5 pages of events. Nielsen holds bibliographic data for over 20 million active titles and reports there are 3000 new publishers in the UK annually. Publishing is big.

Given this enormity, I made massive inroads over 4 days. I went to:


And my takeaways were:


While content is perhaps the essence of publishing – without it there would be nothing – it’s the rights that arise from the creation of that content that aids its distribution and makes the money. Perhaps I should learn a little more about this, I thought. So I signed up to the Introduction to Rights Conference.

This was an afternoon of intellectual property sessions covering how you acquired rights (where they came from and how you came to possess them), what did these rights actually mean, how you go about selling these rights, and things you should look out for in a contract when buying or selling rights. Now I had a better idea of what was going on that second floor for the next three days of the fair. Nifty stuff.

Leaving, I bumped into an author from New Zealand who was unhappy with her current publisher, a couple of rights newbies, like me, but from Portugal, China and the USA, and Alastair Horne who’d been at the Quantum Conference. It was good to have quick chats about rights, academic manuscripts and social sciences.


Things I noticed at the London Book Fair 2018

• Data capture, audio, and self-publishing: these were the unavoidable phrases that wafted round the bits where my pink-laced soles took me.

• Capturing data: everyone is obsessed with it. My badge got scanned before I entered or left many stands. It’s a bit disconcerting when someone reaches out to seemingly grab your midriff. Fight or flight responses challenged. Not sure it ticks the ‘with consent or permission’ box either.

• Spotted Paul Black from Andersen Press and introduced myself as Rebecca Stead’s no.1 fan. There’s still no news of another novel from her.

• Olympia is big and has many twists and turns. Found some things by accident and others I never found at all.

• Visited the South African stand. A fair bit of start-up publishing represented there, showcasing local South African and broader African continental writers. Impressed to see that some of their books were being published in five languages (South Africa has 11 official languages) and that I could recognise the ones that were in Setswana! Interested to hear that in some radio productions they do a ‘back translation’, which is obviously time-consuming, but brings the original author closest to the translated interpretation.

• The food outlets in Olympia are very, very expensive, the queues are long and the staff start to lose their cool as the fair progresses.

• I spent a lot of time up at Authors HQ and The Writer’s Block. I expected to find swathes of aspiring writers – and, of course, there were – but in abundance too, and to my surprise – was a large group of ‘traditionally’ published authors grumbling about the lack of support (particularly for marketing) their books, and thinking about pushing out on their own. The support for self-publishing is booming, particularly at the production and marketing ends. Support for selling printed books was another matter – unsurprisingly, and Robin Cutler (Ingram Spark) was recommending authors get together under a collaborative imprint. And, while writers and freelance copy-editors were around, structural editors were not as visible.

• Some of the support and tips being dished out to aspiring writers (and especially those who might consider self-publishing) was to be brave and stop procrastinating (LJ Ross), go for walks (Mark Dawson), and maybe write non-fiction (at least, that was Joseph Alexander’s answer to writer’s block!). How do you know when your manuscript is ready? When you start moving punctuation around (Mark Dawson) and that the idea for getting something out there is often more frightening than the reality (LJ Ross). Overall, the advice is to play to your strengths: obvious but probably often overlooked.

• I attended a few of the Business Forum events down in the Olympia Hall (including live marketing campaigns, and non-fiction that matters). I was struck by the prevalence of the big budget teams on the platform (Penguin, Puffin, Southbank Centre, Waterstones). I was a bit surprised by the marketing session, to be honest. I think I expected a lot more of the unexpected.

• Other notable moments for me were that The Three Ages of Bookselling event was packed. Unlike some of the other venues, if you didn’t get inside this one, you couldn’t hear – so I left.  I also caught bits and pieces of other event snippets all about translation, prizes, illustration, literacy, export, Welsh, magic and legacy.

• The parties and networking drinks at the end of the day were packed and provided a real mix of fair goers: Byte the Book reciprocity circle, Author HQ (twice), and the Independent Publishers Guild. Forget the comfy lace-ups, next time I’m taking stilts.

• A security guard on the West entrance really doesn’t like people: he told me.

Really pleased that I went to this. Learned a lot. I'm so curious to see how I approach it next year!

Email ThisBlogThis!Share to TwitterShare to FacebookShare to Pinterest
Labels: event, publishers, we sat down


One day, we sat down on the brown sofa together and that’s where this blog began....

This blog began as an exploration of books available to young teens, especially fiction novels. Things had obviously moved on from the days of the Famous Five, Nancy Drew and My Friend Flicka and we didn’t have a clue where to start!  Mixed up in this, the blog became a contemporary record of the books we’d read and our thoughts about them (no more handwritten lists stamped with a date!).

We Sat Down focused on books that teens and adults could share as well as adult fiction with a tendency towards the literary. We like to have fun and sometimes mixed up silly bookish nonsenses with more serious contemplations about books and literary awards too.

We became involved in social events held by publishers, represented Booktrust at a Laureate announcement, held an event at a literary festival and M was on the judging panel for the Hot Key Young Writers Prize 2013. We’ve met many friendly and interesting people. And, dreams can come true because We Sat Down became a social book group, run by Little M.

In 2014, life threw us a horrible curveball and we fell off the planet. We bounced back.

M, Melanie, me - I have a bucket list. I'm busy filling it. A forty thousand word, non fiction first draft manuscript has been written. Next steps.....London Book Fair 2018. 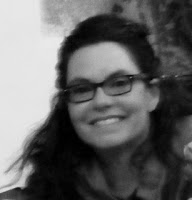 P.S. Any writerly and publishing tips and advice are very welcome. Please do drop me a line or a tweet.