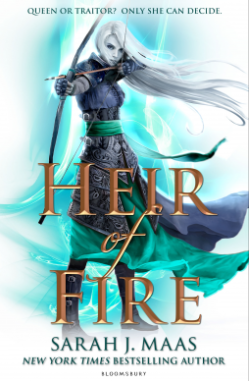 Heir of Fire is the third instalment in Sarah J.Maas's series with Celaena Sarodthien as the main character in a magical kingdom. I highly recommend this series. As this is the third novel in the series I haven't included much of a synopsis because it could be a huge SPOILER!

Celaena Sarodthien is an unbeatable assassin and the King of  Adarlin's Champion. She is continuing her quest to fulfil her dying friend's wish and to find the dark secrets her king is hiding from everyone. Celaena is put to the test. She is pushed to her limits both physically and mentally. She gains a couple of friends along the way and one of them will stay with her forever.

I love this series by Sarah J.Maas; it is high on my favourite books list (the whole series). I loved Chaol in the first two novels but Rowan is now my favourite character with his dry sense of humour and witty comebacks. This third novel really turns the whole story around. This is positive as some books put a plot twister in, which doesn't quite fit. However, this book just made me want to keep reading and reading!

I would definitely recommend Heir of Fire to those who have read Sarah J.Maas and possibly fans of Harry Potter. It is a magical, thrilling novel, which most fantasising teens may like. Well, I did and so do many of my friends. The writing style is pretty straight forward, like many teen novels. Although, there is the odd phrase, which is used far too often. This could be slightly annoying for some but it didn't put me off. Altogether, this is a highly recommended magical series, which teens like me may like.

J by Howard Jacobson
Review by M
J has been shortlisted for the Man Booker 2014.


(Please note: The title of this novel is not J. It is a struck out J but I don’t know how to type that!) 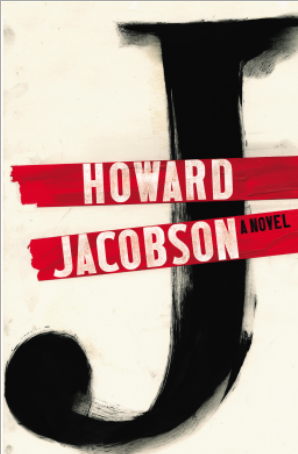 
When J came up for review (prior to its Booker listing), both this niggle about Jacobson’s writing and the premise for J grabbed my current attention. Going by the blurb, J is both a dystopian novel and a love story, so pretty much right up my street.


Set in the future, a not-spoken -about past frames the novel, and the narrator hovers it over the characters like a thick mist: What Happened, If It Happened. Most of the novel is spent providing clues and red herrings as to What happened, if It happened (my early hunch was that something almost apocalyptic had happened due to social media – but I was wrong and anyone who understands the significance of the struck out J will have a good idea from the offing What has happened).


The narrator expounds philosophically about the pre- and post- treatment of It (for me, this went on a bit too much and was not sufficiently convincing). Post-It, public mood is presided over by an agency known as Ofnow (hmm, Atwoodian handmaids anyone?). Unfortunately, this ‘new’ world that J creates, is not fully explored and just doesn’t feel quite right.


J turns, however (and ultimately,thankfully), around two central characters, Ailinn and Kevern, and their new love affair, the future of which hangs in the balance due to a pair of ugly feet and a murder mystery. Jacobson crafts a believably poignant relationship, and these two characters, for me, are what carry the novel.


Jacobson puts much detail but also not enough into the plotlines so that some elements seemed superfluous while others were lacking. I found the ending very unsatisfying, partly because some things felt as if they were left hanging, but also because some things just didn’t feel like they fit well. I struggled to identify the ‘tone’ of the novel – there was always a lighthearted humour mingling with something much, much darker. It just didn’t feel plausible enough (though perhaps this is ‘the point’). I think I'd recommend this as a library read to some people. 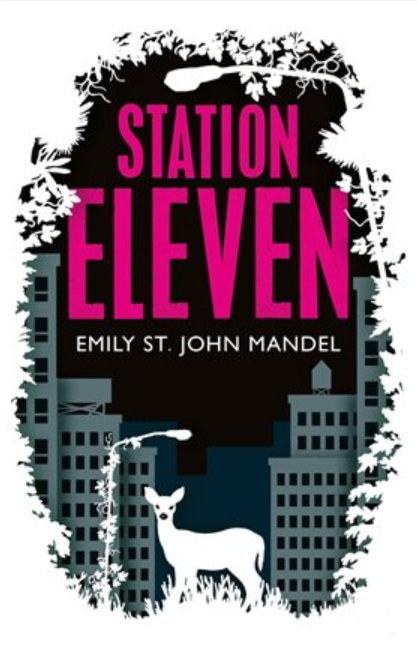 Station Eleven was pitched as being for Margaret Atwood or Hugh Howey fans.  I’m an Atwood fan but had never heard of Howey. This novel has had a huge (social media) presence, and from what I can gather, many people adore it. I didn’t.
Station Eleven is an apocalyptic novel. A virus, details unknown, kills almost everybody. There are a few survivors who have to start all over again and they’re afraid (typical apocalyptic scenario). A group of them form the Travelling Symphony, which tends to perform Shakespeare. Rather than simply exploring the now, the novel focuses on a few characters and their past, which helps to provide clues as to why survivors choose to protect and sustain certain ‘artefacts’. This held much promise for me but then the novel introduced a very coincidental ‘bad guy’ plot that I did not find very believable nor interesting.


I felt like I was reading something that wanted to be profound. But there was a disconnection for me: too many characters, none of whom were especially endearing to me; a plot that was built upon many coincidences (potentially very plausible but always unexplained, and therefore too convenient).


I couldn’t sense the ‘Atwood’ beyond post-apocalyptic similarities with the MaddAddam world (and on my current re-read of Cat’s Eye, some similar objects turn up: comics, glass ornaments etc ). As an Atwood fan, I was disappointed. The Travelling Symphony doesn’t hold the same place in my heart as God’s Gardeners. I can’t comment from the Howey camp.