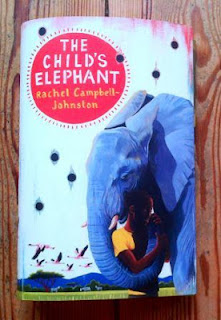 When Bat, a young African boy finds a dying baby elephant on the savannah, he and his best friend Muka set their hearts to save her. As Meya, the elephant, grows up Bat learns to let go of her and to let her into the wild.


After a few years without the elephant, Bat and Muka are taken captive by the soldier children. They are forced into the rebel army and must face whatever the army throws at them. This includes asking them to kill Meya!


This is an amazing story of a boy, an elephant and a rebel army, which forces children to join. This novel made me cry and laugh but never made me too sad. It makes me think about animal poaching and betrayal.


Definitely for Michael Morpurgo fans and also Gill Lewis and Lauren St John fans. I think almost anyone should read it but I would recommend it to late primary school and early secondary school. This is down to the main characters’ ages and the style of writing which best suits this age.


The cover for this novel is amazing. It captures the essence of the story. I think it will make people pick it up!


This is a novel that will stay with me forever. I  recommend The Child’s Elephant 100%!

Publication details: David Fickling Books, May 2013, Oxford, hardback
This copy: received for review from the publisher