We sat down for a chat...with Hannah Sheppard (literary agent)


With a career in children’s editorial, Hannah Sheppard has recently joined DHH Literary Agency as a literary agent. This move caught my eye because she’d done something interesting at university. I thought it might have involved letterpress – but it doesn’t. Hannah tells us more about setting up a new poetry press, being a literary agent and gender in young adult fiction.

Can you tell me a bit more about your poetry press at university? 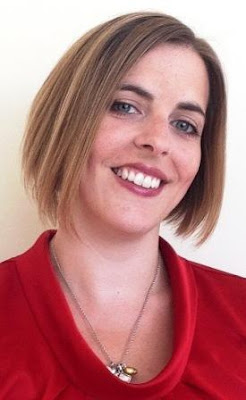 Hannah Sheppard: The poetry press came about because of three different elements I think. I knew already that I wanted to go into publishing, I’d done some work experience in London and I worked on a literary magazine at the uni (The Reader – it’s still going and a great read if anyone’s interested) but I was looking for anything else to add to my CV, I was also part of a creative writing group and we’d talked a bit about trying to put together an anthology of some of the work and (possibly most importantly) there was a cafe in Liverpool called The Egg (also still going and worth a visit if you’re in the area) which ran regular open mic nights which I went along to and was always impressed by the talent of some of the performers.

A friend and I took it upon ourselves to organise an anthology that could incorporate both the work of our creative writing group and talent in the wider city (we called it The Liver Bards) and had a lot of fun (and stress) putting it together. It was my first taste of the full publishing cycle– we chose all of the works, I typeset the book and got a friend to design the cover, we raised the money to print it (I was insistent that it had to be perfect bound which meant it cost more – but it was digital print rather than letterpress) and then we had to market and sell it too – but it just confirmed my love of the process and made me more determined to find a career in publishing.

As a result of that anthology we identified four poets who we thought had talent and the following year we released a single poet pamphlet (a short book, rather than a few sheets of paper stapled together!) for each of them –Julie-Ann Rowell’s volume, Convergence, was a Poetry Book Society recommend in 2003 and from there we started getting submissions. We’ve published another 4 books since then, from a variety of poets, and the press is still in existence but we’re all so busy now that we’re trying to find a way to turn it into an educational project and possibly hand it back to some undergraduates.


What does a literary agent do and what sort of things will you especially be looking out for?

Hannah Sheppard: A literary agent has a number of roles. The one I’m currently engaged in is talent spotting – we read submissions hoping to find a gem that we think we can polish (attached to an author who we think we can work well with), but we’re also on the lookout for interesting writers and ideas in our daily lives (via magazine articles we might read or blogs we spot) so that we can approach people with interesting lives and stories who might have a book in them.

My background is editorial (at Macmillan Children’s Books and Headline Publishing Group) – I love that process and it’s very much a part of what an agent does too. We work with authors to help develop their ideas so that a publisher is more likely to take them on.

Once a book is ready then it’s time to be a sales person – talking to all the relevant editors to let them know that you have a fantastic book they might want to buy and negotiating the best deal for the author.

And, on an ongoing basis, it’s all about relationships – keeping up your contacts in the industry so that you know what editors are looking for but also helping your authors as their book goes through the publishing process – being there to explain why a publisher might want to do something they’re not sure about and making sure the process runs as smoothly as possible.

In terms of what I'm looking for - I love a strong, distinctive voice and a premise that really grabs you. I published Tanya Byrne's Heart-Shaped Bruise while I was at Headline and the first lines of the submission were: 'Last year, the psychiatric unit of Archway Young Offenders Institution was closed. A notebook was found in one of the rooms. The contents are as follows...' which sent a shiver down my spine and I knew I was going to love it - it suggested darkness and the idea of secrets being revealed - just delicious. I do have quite dark taste in general - but I'm also a bit of a sucker for a gorgeous contemporary romance and a brilliant meet-cute.


You're often tweeting about gender discrimination/inequalities topics. Do you have any strong views on the portrayal of gender in fiction (particularly teen/children's fiction)?

Hannah Sheppard: I actually think we’ve come a long way in terms or portraying interesting, rounded girls in fiction. But it’s so easy to fall into the stereotypes and I’m sick of the ‘even though she’s a girl’ mentality – girls can be as adventurous and brave and spirited and complicated as boys and portraying that as unusual is just perpetuating the stereotypes. Sadly it’s in the real world where it feels like we’ve got further to go!


Hannah Sheppard is delighted to have recently taken on two authors and with an agent’s list to fill, she has room for more.
In her words:
“If you’re a talented aspiring author please take a look at the submission guidelines here (http://www.dhhliteraryagency.com/submissions.html) and send your work my way”.