Every book begins with an idea and ideas can come from anywhere: books, pictures, places, newspapers, conversations. This idea came from a film: Francois Truffaut’s Jules et Jim.  I had just come back from Paris and was watching French films to try and extend the visit. I’d always loved the film, the story of two boys and a girl. The boys are old friends and they both fall in love with Kate, played by the captivating Jean Moreau. She is an extraordinary girl, unconventional, a free spirit who won’t be owned by either of them. While I was watching, I suddenly thought, ‘You could up date this. Make it now.’

So that is how it started, but books quickly warp away from their initial starting point. The boys as friends didn’t work, so I decided to make them brothers. One younger, one older, both involved with the same girl but the younger one doesn’t know. 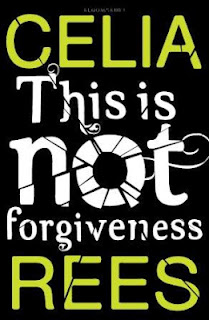 The younger boy, Jamie, would be the main narrator. I felt I knew about him straight away, but I had to find out more about the older boy. Who is he? What does he do? At the time I was thinking about him, more troops were being deployed to Afghanistan, sustaining casualties. On the news, people were lining the streets of Wootton Bassett. I decided to make the brother a career soldier. Rob. He joined up at sixteen and is now in his early twenties. He’s back home after being badly injured and has been discharged from the Army. His physical wounds have healed but he is finding it difficult to fit back into civilian life.

Then there was the girl. Who was she? How could I make her different? I decided to give her an interest in radical politics. Anti war. Anti everything. At the time, that seemed a bit ‘out there’. Young people interested in radical politics? Very ‘Sixties’. Then, suddenly students were marching through London, smashing windows, fighting with police, hanging from the Cenotaph, throwing bins at the heir to the throne’s car. I found myself writing and re-writing as events unfolded.

I had her. Caro. I had the connections between the three of them; the web of cause and effect that would mesh them together; the element of risk and danger that would give the story explosive emotional power.

This Is Not Forgiveness was published in early 2012.
You can buy tickets to see Celia Rees at the Ilkley Literature Festival on 7 October 2012 here.

You can come and chat with us at the free Spreading the Book Love event that is on just before her. Double whammy!!!

To win a signed copy of This Is Not Forgiveness, simply leave a comment on this blog post. Please leave a way for us to contact you if you win (you can e-mail your details if you prefer but leave a comment to be entered).

The competition closes on Friday 13 October 2012 at 5pm. The winner will be chosen at random by our Randomeater. This comeptition is open to readers aged 13 or older. If you are 12, please get your parent's permission to enter - or ask them to enter for you.