Judging a Carnegie book by its cover - and then changing it

Book covers change all the time and for lots of reasons. It's interesting to see that some of the covers for the Carnegie 2013 shortlist have been changed. We've had a look (and we also have a giveaway featuring one of them with its new cover).... 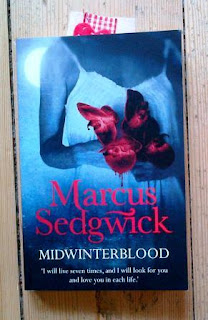 Little M: looks boring
Daddy Cool: thought Marcus Sedgwick was the book's title
M: didn't like the girl in a nightgown with her head cropped off; didn't think it reflected the multi-layered narrative very well. 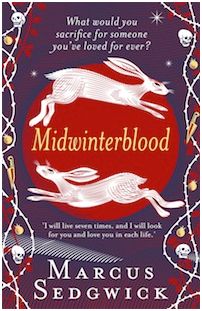 Little M: I prefer the old cover.
M: It looks wonderful and I thinks it suits the story much better. You can read M' s review of Midwinterblood here.
We have 2 copies with the new cover to giveaway. See end of this post for details. 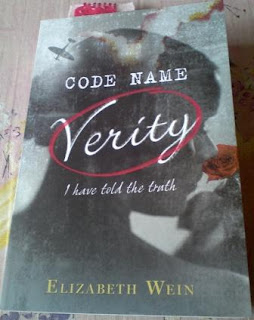 Little M: It's cool; the falling plane with a bloodstained cloud.
M: It looks cliched - but I like it, the grey and the red, the lipstick circle 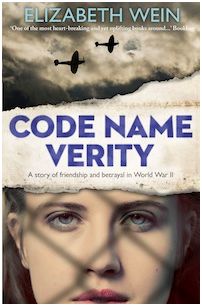 Little M: I prefer the old cover. The new one looks too modern for the time period of the book's setting. The photo of the girl makes you think one of the characters looks like that and you might have imagined her different. 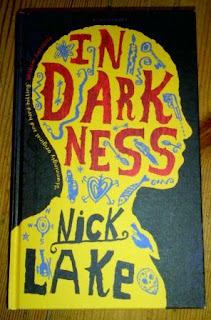 M loved the hardcover version. It looks like a piece of art and seems to take a lot of inspiration from Haiti and African influenced art. The new cover is also nice and probably reflects the main character, Shorty, in a more contemporary way than the previous cover.
Little M: It's okay but a bit too busy. I often don't like bright yellow on book covers. 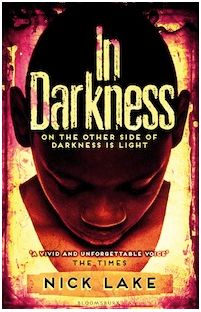 Little M: I prefer the new one. I like the boy's realistic looking face rather than the drawn silhouette.
M: I like this cover too. I find both covers appealing.


A Greyhound of a Girl by Roddy Doyle
Previous cover (hardback) 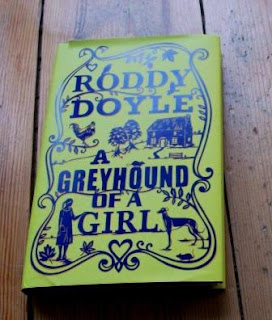 We didn't like the hardback cover for this novel, which is the copy we have. For us, it was confusing because it's a bit messy; looks like it's trying to be old-fashioned but isn't; looks weirdly like the print is out of register and is difficult to read the way it's blended into the design; not fond of that shade of yellow and it's too bright. However, the new cover is quite appealing and M thinks it reflects the story in a way that will appeal to a younger readership who will enjoy the story most.


The new cover (paperback)
(note: this is not the cover on the Carnegie site) 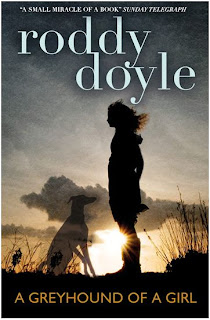 Little M: I prefer this one because it is not as jumbled so it's easier to see what's happening in the picture. I like the silhouettes. But, the author's name is way too big because it makes you think that Roddy Doyle is the name of the book.

M: I prefer the new cover. Yes, it looks very much like a Michael Morpurgo cover and is startling similar to Soldier Dog (another longlisted title this year) but I think it suggest more about the story, especially the greyhound's transparency. That is clever.

Midwinterblood Giveaway - UK only
There are 2 copies of Midwinterblood featuring the new cover up for grabs!
- To enter, please e-mail wesatdown2 (at) gmail (dot) com with the subject line MIDWINTERBLOOD
OR leave a comment and a way for us to contact you for your address (if you win).
- If you are younger than 13, please get parental permission to enter.
- This giveaway closes on Sunday 19 May 2013.
- 2 winners will be picked at random and will be contacted by e-mail.
- UK postal addresses only.

You can read M's review of Midwinterblood here.
﻿