One of the unexpected highlights of our book blogging is going to publisher events. Less than a year ago, we didn’t even know these things existed. Yes, they’re essentially publicity events but they really are quite delicious. The atmosphere always buzzes with anticipated excitement from publishers and bloggers alike. You get to eat and mingle and you get to see their forthcoming range of teen/Young Adult fiction titles. It’s a bit like being at the fun fair or at the pick ‘n’ mix where you’re confronted with an array of colours, textures, shapes, sizes, smells and good old favourites.


On Saturday, we went down to the very charming Hot Key Books (I blogged about our first visit to them here) who, alongside TemplarPublishing (their Bonnier Group sister publisher) were presenting their Spring 2013 Young Adult fiction catalogues. 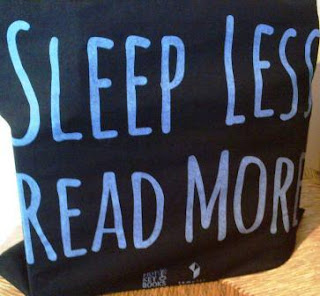 Once again, one of our favourite parts of this blogger event was the ‘mingling’: going around and chatting to other bloggers, striking up all kinds of conversations with authors (many of whom will be debuting in children’s fiction) and getting the publishers’ takes on their list building (because both Hot Key and Templar are definitely developing their lists).


This time, Little M was most excited to catch up with Georgia (another young teen blogger at Books & Writers Jnr) and starting up new conversations with Meg (who blogs at The Book Addicted Girl) and Nina (who blogs at Death Books and Tea). She also thought the lunch spread was delicious. For me, it was probably putting new faces to old names (like Annie from Templar), chatting with Sarah Odedina about setting the bar high and having a long conversation with author Alison Rattle about babyfarms, writing, reading and what YA fiction means to us.


And then we ran out of time........but not before they’d handed over a big bag of forthcoming books, toting a new slogan of Sleep Less Read More. Between both publishers, there’s a real mix covering most genres and reading tastes. We’ve highlighted the ones that have immediately caught our eye (so most of the paranormals, contemporary romances, gender-targeted and sequels-where-we-haven’t-read-the-first are out; unusually some of the magical realisms and a comedy are in).


The Quietness by Alison Rattle (Hot Key, March 2013)
Women’s rights and history. We’re sold. This is an action-driven historical coming of age novel that explores the rights of women using a Victorian setting to unfold a story about unwanted pregnancies, babyfarming and belonging. The idea for this novel came about after the author had done extensive research for a non-fiction title. By the time of writing this post, I’d finished it. A good teen read about an important story that’ll likely bring a tear to your eye. Written for the teen market, it’s still a bit of a shocker and doesn’t beat about the bush. Publisher Sarah Odedina describes Rattle’s writing as being along the lines of Celia Rees and Mary Hooper. She is right.


Stray by Monica Hesse (Hot Key, June 2013)
A dystopian novel about children in care who have their memories wiped and live Julian’s Life rather than their own. Already sold to us. The publishers describe it as having flavours of Never Let Me Go and The Eternal Sunshine of the Spotless Mind. Little M wouldn’t have a clue about these but I loved both, so let’s see.


Ghost Bride by Yangsze Choo (Hot Key, August 2013)
This is the story of a girl who marries a dead man. Yes, really. The plot is based on a Malayan tradition where wealthy people who are unmarried at their death are married off to someone so that they can be respected in the afterlife. In the USA, this novel is being published as adult fiction but Hot Key is pitching it for teens too. It’s a definite for me (although the fantasy elements usually go either way for me) and a maybe for Little M.


Paper Aeroplanes by Dawn O'Porter (Hot Key, 2013)
This is described as a novel that ‘tells it like it is’ about teen friendships, betrayals and everything that teen girls go through. A top pick for Little M; a maybe for me.


Bombmaker  (at least, we think that might be the title?)
Coming from Templar in 2014 (very far ahead for us!), this is the second novel from Claire McFall (whose debut, Ferryman, which also looks interesting is out in March). Bombmaker is about gangs and national identity. For us, very promising themes.


Vortex (Insignia #2) by SJ Kincaid (Hot Key, 2013)
The publisher’s promise is that this Insignia sequel is more of the same, which means fast-paced sci-fi adventure for teens. Little M can’t wait.


Mary by HM Castor (Templar, late 2013)
This is the chronological follow-on from VIII, Castor’s acclaimed and highly enjoyable historical novel about Henry the Eighth. Another highlight for Little M.


Red Ink by Julie Mayhew (Hot Key, 7 February 2013)
The themes of this novel are family, identity and stories that are told to protect others. It’s described as a challenging crossover read providing a glimpse into an adult world. Great cover too.


Friday Brown by Vikki Wakefield (Hot Key, July 2013)
One of the best openings I’ve read in a long time, effused publisher Sarah Odedina (not in quotes because I may have paraphrased!). A great character-driven, literary novel that combines the contemporary with some magical realism, she loves the way it captures the wonderful “sense of space and landscape” that many good Australian authors achieve. I didn’t listen to what the plot was about: I don’t need to – it’s character-driven.


The Savages by Matt Whyman (Hot Key, 6 June 2013)
Described as an intelligent black comedy, this would be a new venture for me and not something I would normally choose to pick up. A cannibal family’s teen daughter brings home a vegetarian boyfriend.....But the author described it as a family drama that asks questions about what we eat. I really am intrigued and expect it to be a love or hate relationship. I’m hoping that it will be the former. We’ll see.....


Thank you both, to Hot Key Books and Templar Publishing for inviting us. We loved it. It is so lovely for the teen readers to be able to attend events like this. It’s about so much more than just the books.
I'm also very curious to see what Red Lemon, Bonnier's new UK children's non-fiction imprint brings. If Hot Key's digital projects are anything to go by.........And of course, Templar has bought Piccadilly Press, so that's another string for Bonnier. The future of children's literature is....bonny?

Email ThisBlogThis!Share to TwitterShare to FacebookShare to Pinterest
Labels: authors, event, publishers, we sat down