Third week of our Carnegie Advent Calendar (15-21 Dec) and this is what we found: 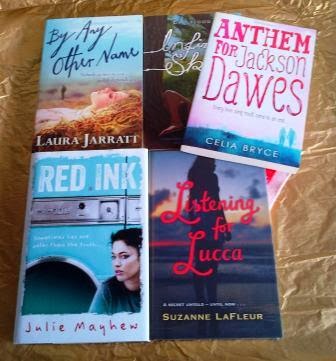 Trees and woods. Are you heading down the right path? 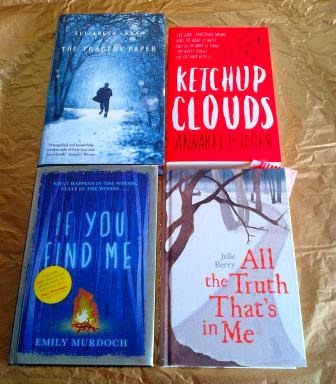 I've read all of these. 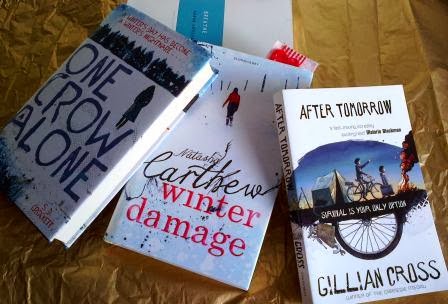 You get the picture. If you don't, you'd best start thinking about it.

That's the gist for these books and one that both of us find highly appealing.

Although I haven't finished it yet, I think Winter Damage by Natasha Carthew (Bloomsbury) shows the most promise: the writing/voice is strongly differentiated (in a similar way to how SD Crockett's After the Snow was last year). Interestingly, One Crow Alone by SD Crockett (Macmillan), the prequel to After the Snow, abandons Willo's voice and that's a pity for me. After Tomorrow by Gillian Cross (Oxford University Press) looks like an interesting eco-emigration-dystopian (though we've both struggled with the opening pages) and Breathe by Sarah Crossan (Bloomsbury) is a niceish-eco-teen-dystopian but it doesn't have the zing of last year's The Weight of Water. 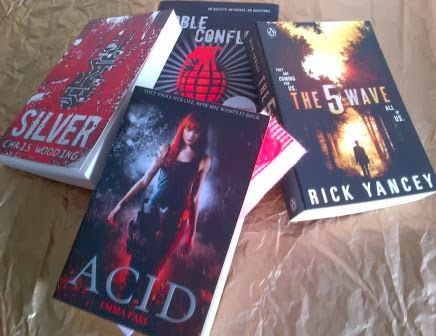 
Noble Conflict (Malorie Blackman) and ACID (Emma Pass) suggest dystopian-military. Our teen group had mixed responses to Noble Conflict so my guess is it's not likely to be on the shorter lists.
Silver (Chris Wooding, Scholastic) looks like sci-fi but the robotic type bug on the cover is scary!
The 5th Wave (Rick Yancey), sci-fi invasion? 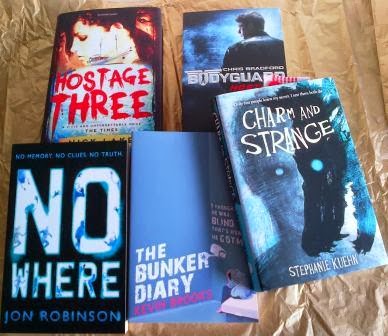 We'd hadn't read any of these at the time of drafting and from their covers and a brief glimpse at the blurbs (we're afraid of spoilers), we've grouped them together.

In the top row, there's bound to be some action. Action's really not my thing but Hostage Three is by Nick Lake (remember how much I loved his In Darkness?) and there's a hint of psychological thriller so it's near the top of my list to read. Action is Little M's thing and she's attracted to Chris Bradford's Bodyguard: Hostage.

Further down, we're getting very blue and there's more than a hint of weird and strange. Nowhere (Jon Robinson) and The Bunker Diary (Kevin Brooks) look like they've both something to do with psychological thrillers and captivity. Keen, but maybe also scared, to read them.
I've since read Charm and Strange (Stephanie Kuehn) and it's a very dark thriller: it's psychological, it's physical and it tackles a very tough issue. It's one of those very dark ones that is pulled off really well. Definitely worth considering. For mature readers.

Have you been listening to any jingles lately?