A recap of what's been in our Carnegie Advent Calendar this week (2 - 7 Dec). If you're playing along with us, 20 letters are grouped at the end of this post. 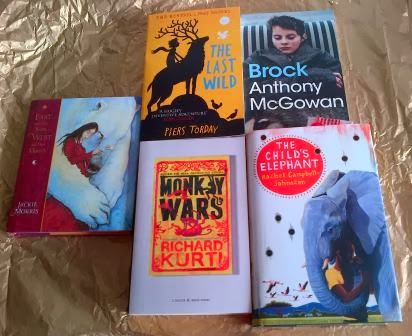 The theme for this selection is animals on the covers. But, genre-wise, there's a real mix and the stories take you to many places. We think this mix might reflect much of what we can expect from the remainder of the list.

The books we haven't yet read:

There's Brock (Anthony McGowan, Barrington Stoke), which addresses contemporary themes (and there's an animal in the bottom left hand corner) and my guess is it will be set somewhere in the UK.

The Last Wild (Piers Torday, Quercus) sounds like it's going to be an unusual dystopian, prison break, fantastical story.

East of the Sun, West of the Moon (Jackie Morris, Frances Lincoln) sounds like a fantastical journey, and there are illlustrations so it'll be good for the younger readers too.

The books we have read and loved:

Monkey Wars (Richard Kurti, Walker) is a fable that explores territorial politics and military strategies, in India. M really enjoyed this one.

The Child's Elephant (Rachel Campbell-Johnston, David Fickling) mixes animal poaching with child soldiers in Africa, and is good for younger readers too. Currently, this is one of Little M's favourites from this year's list.

Then, there're the funnies.... 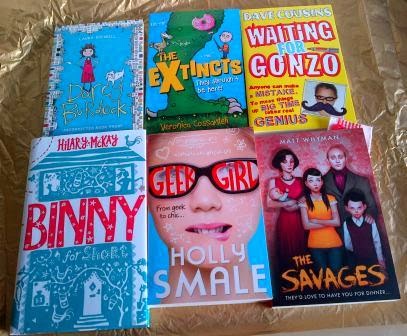 Quite a splash of blue in those covers!

From funny to......something a bit scary!

(Maybe we should have called this selection 'publishers beginning with a D'!) 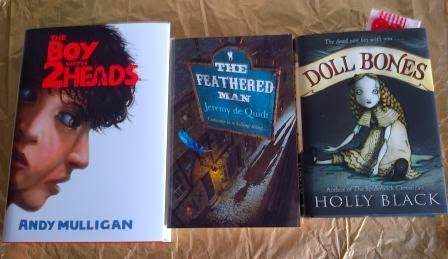 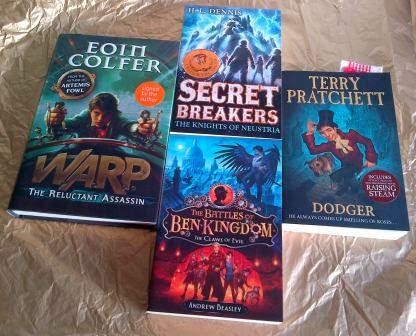 Sci-fi/Fantasy adventures with a mystery to solve or codes to crack, that's our bet for these three:

56 more to go. You won't be able to solve the anagram message yet but here's a clue:

The first word has an apostrophe in it.

If you don't know what we're on about, read here.