We sat down for a chat...with Christian Schoon

Author Christian Schoon lets us in on the fodder behind his exoveterinarian sci-fi, Zenn Scarlett! There's a great story about bears. Over to you, Christian....
**** 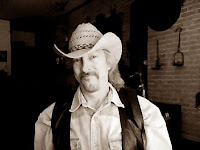 M asked me if I'd do a We Sat Down-ish post about my work with animals and how that factored into writing my science fiction novel, Zenn Scarlett. I'm more than happy to oblige! (like all authors, I'm probably a little too fond of rambling on about my characters and plots....)


Anyway, the good news is that the story behind my writing a story about a young, novice exoveterinarian specializing in healing alien creatures has just two chapters:


Chapter Two: Minnesota-burg boy discovers science fiction in the form of Edgar Rice Burroughs’ wonderful, swashbuckling Barsoom books and other classics of the genre. He then becomes fond of telling himself he’ll get off the Earth and travel to Mars someday, because (see above section on interest-level of human boy.)


So: animals around me, sci fi blood coursing through me. These elements would be constants long after I left Minnesota. When I moved to Los Angeles, for instance, and started writing and, fortunately, selling TV scripts, they were generally all in the SF or fantasy category: Saban’s Power Rangers series, Warner Bros. animated Batman, Gravedale High and Hallmark’s Timeless Tales. After my wife and I moved to Iowa and bought a farm, we promptly started using our barns and pastures as a foster site for abused or neglected horses, and we both started volunteering with animal rescue groups that bring us up close and personal with animals like bears and mountain lions and large snakes and alligators, as well as smaller fauna like cats, dogs, ferrets, possums, raccoons and even more cats. This work also introduced me to several remarkable veterinarians with the sort of specialized skill-sets needed to treat exotic animals. I asked them lots of questions and peered over their shoulders during lots of procedures. 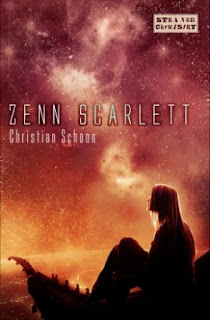 My interactions with animal rescue groups have provided plenty of fodder for stories, or at the very least, with inspiration for fictional tales. One day might find me racing through suburban backyards in pursuit of an escaped emu and finally cornering the six-foot-bird in a woodlot. Then, prudently allowing my much larger friend to take the lead, leap in to jointly tackle the bird, rope my belt around its large-talon-equipped feet to keep it from shredding both of us and lug him out of the woods and back to his enclosure.


Then there was the bear in the trailer incident. B-Bear was a full-grown American black bear, about 450 pounds. He was being housed for a few days at our farm before being moved over to the nearby animal shelter where we had a converted garage waiting for him. Anyway, he’d busted one of the small glass windows in the horse trailer we’d used to transport him from the roadside zoo that had gone out of business and had no idea what to do with their “left over” bear. Some of the glass from the window was on the floor of the trailer very close to his food, and I wanted to get it out of the trailer before he ingested any shards. I placed food in the far end of the trailer and, feeling sure that if I moved fast enough, I could open the rear door, push the glass out, and shut the door before he noticed. Turns out a 450-pound bear can move faster than you’d think. I got the glass fragments out, but then had only enough time to slam, but not LATCH, the door before he was leaning against it, pushing it outward and me with it, his hot bear breath huffing audibly in my ear. Now, bottom line: if that bear had for a second wanted to, he could’ve flattened me to the ground and lit out for the territories. Pure luck that he decided to go back to the food at the other end of the trailer and leave me to latch the door.


So, both the emu and the bear were animals that people bought when the critter was young and cute, but which then got old and big and hard to handle. The job of the rescue group then became finding these animals a place to live. But the other part of what these groups do is to help educate people about not adopting animals unless they mean to make a commitment for the lifespan of that animal. OK, lecture over…


In conclusion then: the explanation for where Zenn Scarlett came from is simple: when you shove Christian the animal-crazy-guy into the same Star Trek transporter beam with Christian the sci-fi-obsessed guy but forget to calibrate the transporter's object/surface algorithms, the resulting combo-guy who materializes at the other end will be the kind of writer who naturally imagines a character like Zenn Scarlett.
The book will be released in the UK on May 2; it comes out in the US and Canada on May 7.
Thanks for letting me share a little of the story behind the story with you all!
*****
Thank you, Christian!
You can find out more about Christian Schoon on his website.