Jeff Norton read an early extract from his Memoirs of a Neurotic Zombie to us at a Faber brunch earlier this year. The audience response, including ours, was loud and frequent laughter. We delighted to host an exclusive extract and the cover from his forthcoming novel.


“My name is Adam Meltzer and the last thing I remember was being stung by a bee while swinging at a robot-shaped piñata on my twelfth birthday. I was dead before the candy hit the ground.” 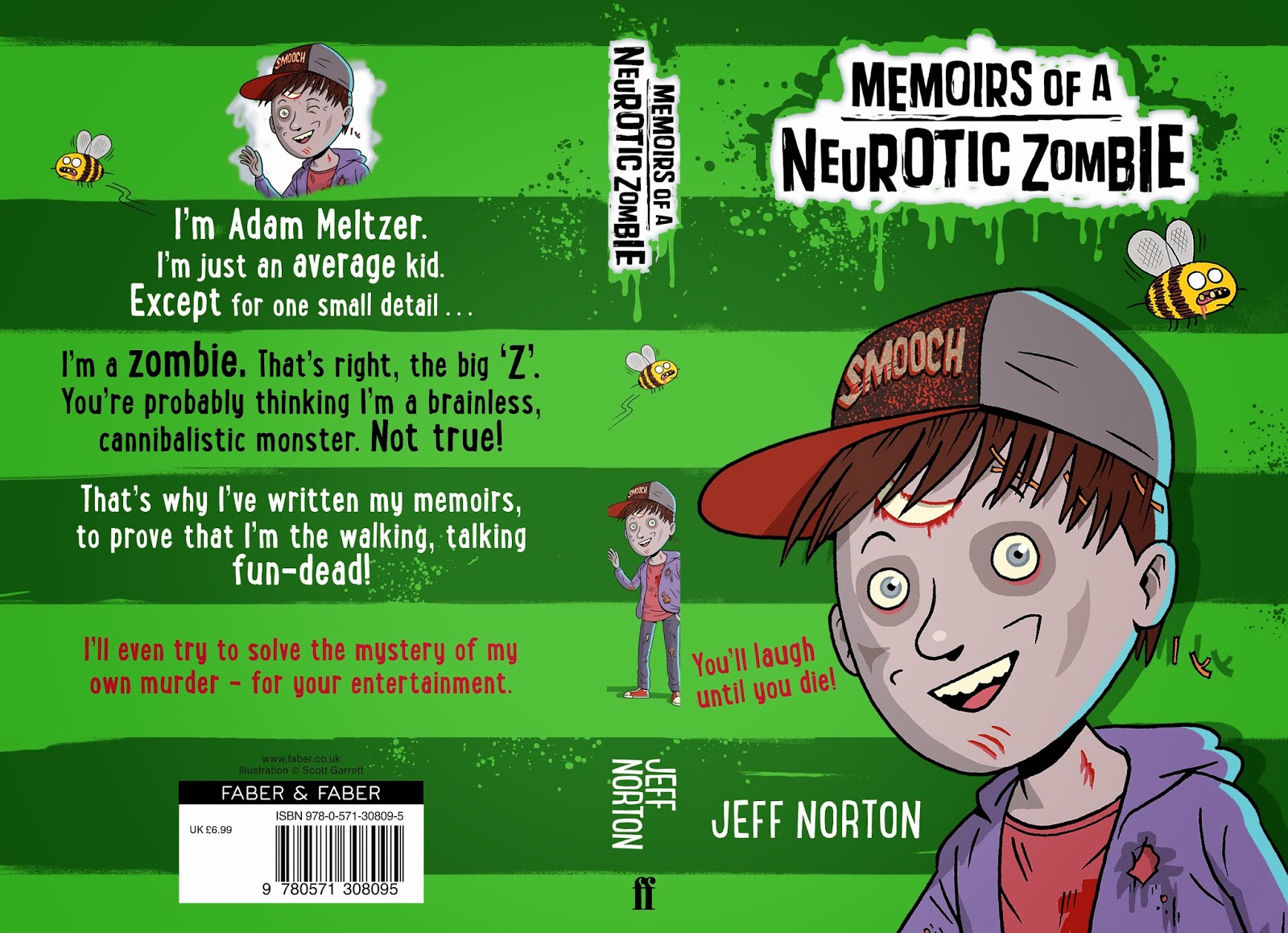 Memoirs of a Neurotic Zombie is narrated by the hilarious Adam Meltzer - pre-teen, worrywart, and now zombie. Adam's family gets the fright of their lives when he turns up at their door desperate for a shower . . . three months after his funeral. When most people think zombies, they think of eating people, and unintelligent monsters.

But Adam doesn’t like germs. Or dirt. Or things being disorganised. So waking up as a zombie was definitely not in his plans, and the idea of eating people is disgusting. Getting stung by a bee doesn’t normally lead to becoming a zombie, and it seems incredibly unfair that it’s happened to Adam.

Soon Adam's back at school trying to fit in and not draw extra attention to himself, but when he sees his neighbour Ernesto transform into a chupacubra, and the beautiful Corina (Adam's number one mega-crush) turns out to be a (vegan) vampire, undead life is never going to be the same again.

A hilarious adventure caper - if Ferris Bueller met Shaun of the Dead - all about friendship and being yourself . . . even if you're undead.


And, now, here’s a never-seen-before extract from the novel:


The object of Adam’s undead affections turns out to be a vampire.

“Corina hovered in the night sky, silhouetted by the full moon. And then she flew straight towards us.


It was incredible to watch. Sure I was relieved that she wasn’t going to smash into the ground and that I wouldn’t have to make a police statement, but I was also gripped with envy.


Flight was the one superpower I’d always wanted; and Corina Parker had it. I mean, not event NinjaMan could fly. And he was the best. But somehow my weirdo, Goth European neighbour could defy gravity.


‘Just great,’ Ernesto sighed. ‘I finally get to talk to her and I’m covered in scales.’


He had a point. He was not about to make a good first impression. And the scales were the least of his problems. But then again, I wasn’t exactly ready for the yearbook photos.


What if I totally grossed her out?


But when Corina touched down and looked at me, she didn’t even bat an elongated eyelash at my decomposing skin. It may not have been eye contact, but it was the closest I’d ever got to acknowledgement of my existence in an entire year.”
Extract ends
*******