Alaskan-based Abigail Slater is the Young Adult section winner of the Hot Key Prize Young Writers Prize 2013, announced earlier today at the London Book Fair. Abigail has won a year’s mentoring with Hot Key Books’ publisher, Emily Thomas. Being a judge on this year’s prize panel, I read Abigail’s winning manuscript, The Lucky Bones, which is essentially about Sarah, a teenage girl who is battling a gang and seeking justice for a massacre that decimated her community and their land. Of course, we sat down for a chat and asked Abigail a bit more about herself (and left all the American spellings as is!). 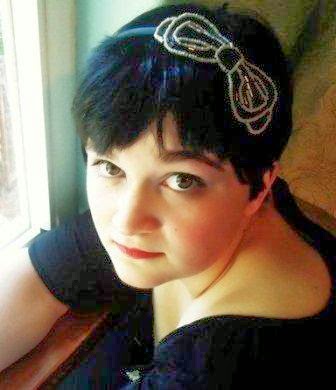 WSD: You’re interested in female superheroes. Which females have inspired you?

Abigail Slater: A lot of the females who have inspired me on a personal level are right here in my community. Katie John, an indigenous rights activist here in Alaska, has always managed to worm her way into my heart when it comes to fantastic ladies. As far as female superheroes go, I have to say that Batgirl and Wonder Woman had a lot to do with my desire to create a superhero of my own. They're strong and cool, and I've always wanted to add to the list of strong, cool women.

WSD: Your descent is Unangax, Irish, and Norwegian. Does this influence your writing?

Abigail Slater: I think being raised in several very different cultures has allowed me to pull from each for inspiration. Heritage is such an important thing for all human beings no matter where we are in the world, so I do have a tendency to draw from my own, especially when I'm working on a science fiction or fantasy story.

As far as my Unangax heritage goes, it is the one I am closest to because I was raised in my homeland. The Unangax are originally from the Aleutian Islands here in Alaska, and parts of our history (including the Aleutian Island Evacuations and the boarding schools) served as inspiration for Sarah's story in The Lucky Bones.

Here is a link to a website that explains the Aleutian Island Evacuations way better than I ever could: http://www.ankn.uaf.edu/ANCR/Aleut/CulturalChange/chap.6-11.html . It's a long article, but if you scroll way down to the bottom and skim Chapter X, you'll have the inspirational context for my novel.

WSD: What is the most interesting thing about Anchorage (Alaska), where you live?

Abigail Slater: I'm torn on this one, because Alaska is a very weird place. I'd say it's a tie, because that's the cheater's way of not having to choose.

The first most interesting thing about where I live is that once you leave the main city of Anchorage, you can drive and drive and drive and never get anywhere substantial. In other words, you could drive from sun up to sun down and still be in the middle of nowhere.

The second most interesting thing is being able to see moose all over the place here, especially in the summer when they come into neighborhoods and start eating people's trees and garbage. It's not a sight that I've ever gotten anywhere else!

WSD: Have you ever eaten Baked Alaska?

Abigail Slater: I have! Strangely enough, it's not as popular here as it is in other places. My father made it once a few years ago and it was very good, but I've never seen it on a menu before. We must be behind the times.

WSD: What are your favourite novels?

Abigail Slater: My favorite novels are definitely anything written by Libba Bray, whose wonderful books I've only recently discovered, and the books of Sarah Dessen (Just Listen is my favorite). Both of these authors write in very clear, distinct voices for their characters, and you can tell that they are having fun with their stories. That is the kind of author I aspire to be.

WSD: Is there anything else that you're bursting to say?

Abigail Slater: I just want to say that I'm grateful to Hot Key Books and all of the judges who volunteered their time to pick a winner. I never thought I'd make it this far, not even in my wildest dreams, and I owe it completely to you guys and to my amazing Native community here in Alaska, who have all supported me through the writing process. Quyana, and thank you all!

Best wishes to everyone over on your side of the world!

WSD: You’re welcome and congratulations. I’m looking forward to seeing where your mentoring prize takes you.