We sat down for a chat...with Katherine Rundell

Katherine Rundell has a freeing sense of humour and is the author of the marvellous Rooftoppers, which has been longlisted for the Carnegie medal 2014. We haven’t asked her about growing up in Zimbabwe, or living in Brussels, or whether she’s currently working on anything other than her doctorate. We asked her other things instead. 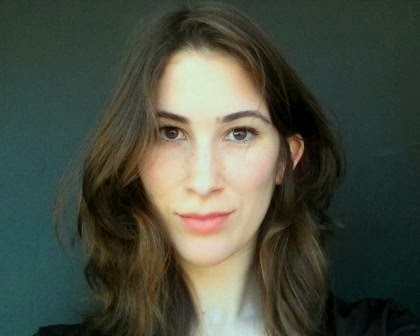 WSD: Never ignore a possible. This is what Charles Maxim teaches Sophie in Rooftoppers. Katherine,what have been your most adventurous or unexpected 'possibles'? And, have you ever ignored a possible?
Katherine Rundell:
I was once told it was possible to climb across more than half of the Oxford colleges without touching the ground - that was both an exciting possible, when we tried (and failed), and the root of Rooftoppers. I have ignored possibles, and I regret the things I've not done far more than the many, many stupid things I have done. Like Molière says - 'It's not only what we do, but also what we do not do, for which we are accountable'. The world is too huge and extraordinary for us to be sceptical of hope.

WSD: I compared your character, Sophie, to Pippi Longstocking. Are there any literary (or even real life) characters who have inspired your stories?


Katherine Rundell:
I think Eva Ibbotson's characters were a great inspiration; they have a gorgeous sense of inquisitiveness, and they are unafraid to have wild, bone-deep enthusiasms, which I loved as a child. And, because my doctorate is on Renaissance literature, there are a few Shakespearean-heroine jokes in there.

WSD: I read that you do a cartwheel everyday and that you compare it to the experience of reading. Can you say a bit more about this please? (And did you ever want to be a gymnast or trapeze artiste?)
Katherine Rundell:
I think reading is such a huge and varied thing that you could probably compare it to anything in the world - because at bottom, reading fiction is to temporarily live another life entire. But I meant - cartwheeling wakes you up, shakes you down, makes you see the world from a different angle, and so does reading. (Yes, I did want to be an acrobat, once! I have a tightrope in my study at All Souls, and walk it every day. In the first draft of Rooftoppers, Matteo was a lot more of a show-off with his parkour, and the working title was The Acrobats.)

WSD: Do you play a musical instrument?


Katherine Rundell:
No, alas! I wish I played the cello: I think it is the most beautiful of instruments. But my brother is a professional percussionist, and I loiter in jazz bars and listen to Rahsaan Roland Kirk and Bird while I write.

WSD: If you were shipwrecked, what would you most likely be found floating on?


Now, before you go off to do your cartwheel, you can read M’s review of Rooftoppers here.